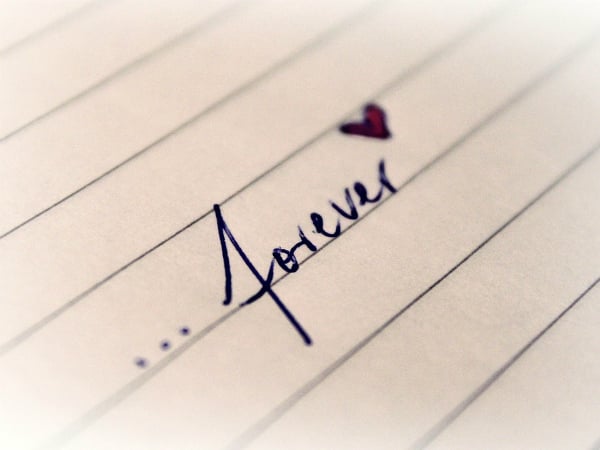 Leading up to this moment, I’d been contemplating the co-parenting long game. How age 18 wasn’t the end of the road. My son is 17 now and we are talking a lot about college now, as a trio. The next thing we will cooperate on. It finally occurred to me that we would be co-parents forever in some form.

Today was our child support hearing. My son’s father and I talked about it before hand. We both knew it was happening and that it was necessary. Cooperation is a hard won thing for us. I am proud of that.

And so, I sat in the plain waiting room that took up one side of the double wide trailer behind the courthouse. As per usual, they said “be there at 8” and they meant “we’ll be ready for you at 10”. There are about twenty of us in the room in rows of uncomfortable chairs. Aside from the lady at the front desk fielding phone calls, it’s always very quiet. A younger mom in her twenties leaned over to her co-parent and said something quietly. He laughed. I tried to imagine their story. What could have landed them in the department of child support office together so young, yet still friends? They were so full of youth and optimism.

A case worker came out of the hallway and called some names. The man sitting in front of me tucked away the pay stubs he’d been making notes on and stood. A lady across the room also stood. They were in their late forties, presumably also co-parents. The dad frowned at the mom and said something in a defensive tone to the case worker. They followed the case worker down the hallway, well apart from one another. They had the marks of age on their faces, and the weight of the world on their shoulders.

Here was the thing I’d been considering laid out in front of me. A snapshot of the future and the past in 2 minutes. Both sets of co-parents shared children together and were in the same waiting room, headed to the same courtroom. The young mom and dad were the ‘before’, only just beginning their co-parenting journey. Maybe this was their first time. The older mom and dad were the ‘after’ version. This wasn’t their first time, and the years and fighting had taken a toll.

I’d had a child support and custody case with my son’s father for almost 14 years by now. I imagined easily the history that the older co-parents must have together. But I also remembered having the fresh innocence of the younger mom, working through the details with my son’s father.

From down the hall came the sounds of heated conversation in raised voices between the older mom and dad. I imagined what they would be arguing over. His income is that and the kids need this and her schedule allows for that. Debating the intricacies of raising children together while not together.

The young mom and dad in front of me were called and they got up to follow the lady easily down the hallway, talking together and smiling. I wondered if they would turn into the older mom and dad, disdainful of one another. Or if instead, they would maintain their friendliness through re-marriages, braces, accidents and lay offs.

My own turn came. I went through the whole process with the DCSS worker. No, the income is not correct. Yes, I’d like to request a higher amount. Then we walked down the hall into the courtroom, my son’s father already dialed in remotely. This is our third big time through the court system to adjust our court order in 18 years. We’ve had one jurisdiction change, three adjustments to child support and some questionable attempts at custody changes. The judge comments, as she reads over the notes for this hearing “Your son will be 18 next year… this is probably your last adjustment.” I felt like I’d torn through a finish line of some sort. I nodded and agreed but inside I cheered. Finally. An end to courtrooms.

Later, as I drove back to work, I called my son’s father to nail down details on other things about our son. We laughed about some ridiculous thing and plotted about another. Just two people in our ahemlatethirtiesahem with a teenage son who will be off to college this year, finally getting along. We did it. Despite tumultuous court cases, issues with partner intervention, and disagreement about this thing or that that kept us opposed for several of those years. We did it.

Not all co-parents can mend fences or become friends or even friendly in the 18 years that they are required to interact. Some relationships between co-parents are fraught with mistreatment, abuse or some other circumstances that make it impossible. I consider us lucky in that regard; That despite our issues, we have somehow been able to come back to a constructive co-parenting relationship.

But regardless of where you fall on that spectrum, this last court visit, for me, drove home the point that this process of co-parenting is not a quick visit to the child support services division and done. It’s a journey of over and over, visiting and revisiting, negotiation and compromises across 5, 10, 15, 18 years. And then, once the magical age of 18 is past, you have college, marriages, grand kids. You are co-parents forever.

The young couple will eventually become the older couple, with a rich history of these issues and experiences behind and between them. Just like a marriage, financial stuff, painful decisions, relationship issues will all put pressure on the co-parenting relationship. The children of both couples will eventually be adults. They too will cross the finish line of 18. And then they too will have a lifetime ahead of them to build upon the history of their relationship.

Fundamental incompatibilities aside, whether you walk out at the end as friends or mortal enemies depends entirely on how it’s all handled. That next hearing, the next milestone, the age 18 – that’s the short game. Sometimes co-parenting has to be about the long game.

If you and your co-parent have a challenging relationship, all is not lost. Check out these resources :

Get the Support You Need