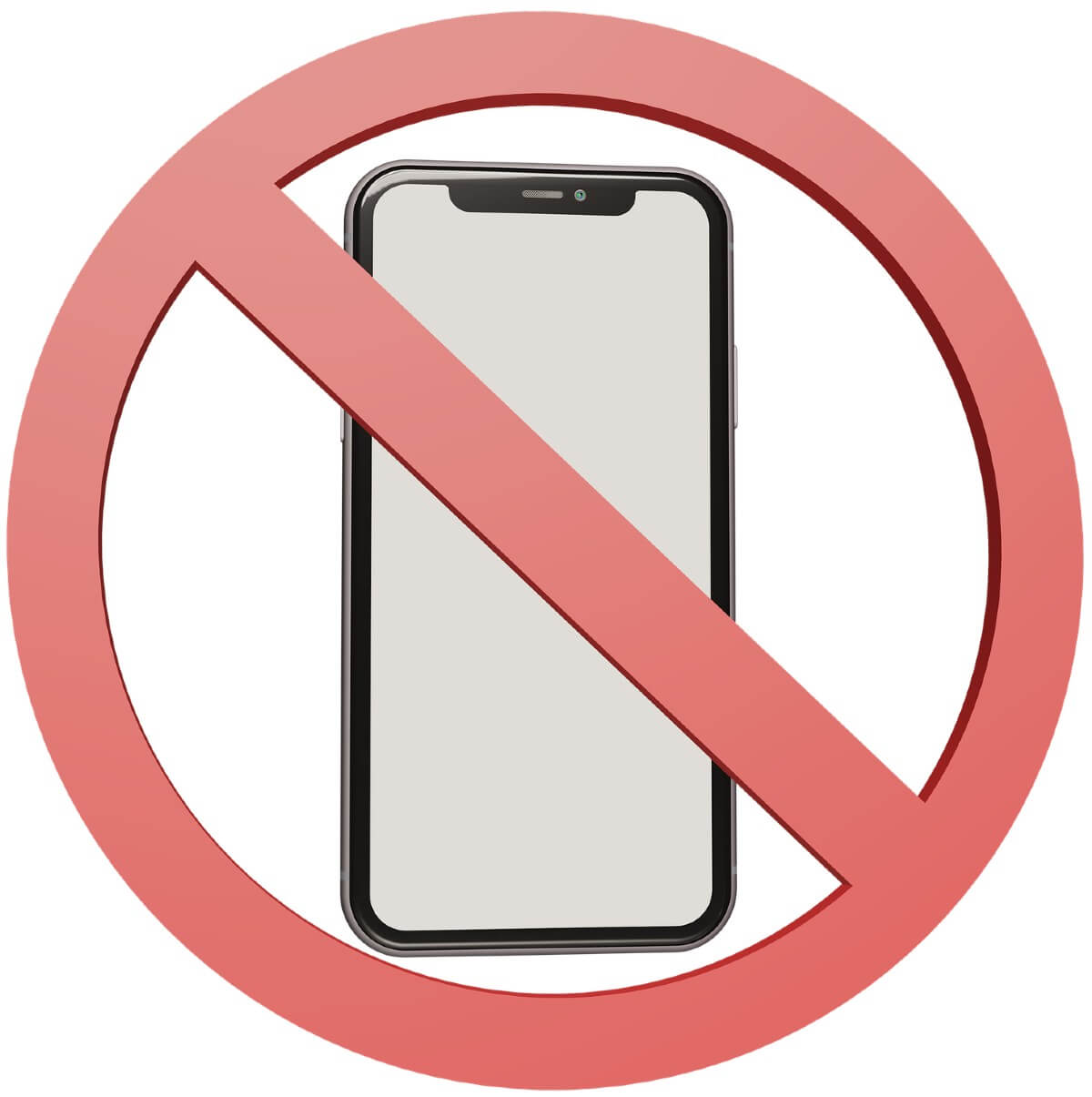 “My ex continues to make excuses as to why she does not answer her phone, which is my only contact with my kids. She is in one state and I am in another. My question is…is there anyway to make my ex legally responsible to answer her phone when I call? “

The answer, unfortunately isn’t super cut and dry. In general, no parent is ‘on call’ for the other parent, whether they are the custodial or non-custodial parent. The parent that has physical custody of the kids at a given time, in general, must also allow contact with the kids. This makes for some murky grey area between the parent’s rights to the child versus their right to the other parent. Additionally, the history of the co-parents and the court order in question are both relevant to the situation.

What constitutes blocking communication with the kids?

If a parent is consistently denying phone calls to the kids, they could be blocking your communication with the kids. That said, because we don’t actually know someone’s motive for not taking a call, we have to do some reasonable guesswork to figure that out.

Although your case may never go to court, looking at it through the same eyes a judge would see it through is a good start to determining if there is an issue. Here’s the theory and then below, we will get into the specifics of how to document everything.

Is there a pattern?

Take a look at the overall pattern over a year. If the custodial parent declines one or two phone calls out of 15 in a month, it might not be a pattern. However, if your co-parent is consistently only taking one call a week out of 5 over a year, and your court order allows for daily phone calls to the kids, that could be construed as blocking communication with the kids.

Contact must must be reasonable. “Reasonable” is subjective and is often a matter of argument between co-parents. Ideally, ‘reasonable’ is that parents and kids can talk as often as they would like. But life schedules and co-parenting relationships can make that unreasonable. So then what?

Your court order might spell out how many phone calls you can expect. It might also use that dreaded word ‘reasonable’. If you and your co-parent have a great relationship, having the word ‘reasonable’ in your court order might make sense. You can expect to agree on what reasonable means. However, if you and your co-parent don’t have a great relationship, you might not agree on what reasonable contact with the kids means. Entire court battles have been fought over what is ‘reasonable’.

But, while there is no single hard fast rule as to what constitutes ‘reasonable phone contact’, there are some things you can take a look at. Assuming both parents want as much contact as possible between the child and the non-custodial parent and that is not at issue :

Are you calling for the kids or for your co-parent?

In summary, even if you are hoping to avoid court, try looking at it through the eyes of a judge who is unfamiliar with the intimate details of your co-parenting relationship and see what you see.

The first thing to do is to begin documenting every single contact or attempted contact with your child. This can be a simple spreadsheet. Try out this free google sheets spreadsheet contact log template. Make a copy and change it to suit your situation. Here’s a preview :

Every time you call your kids, record the date, time, and method (phone, video etc). For each attempted contact, record the outcome. Did you talk to your kids, and if so, how long? Did your co-parent fail to answer the phone? If so, what happened or what was the reason?

Once you have a few months of logs, look through them and try to suss out any problematic elements like :

Handle it without court

Once you have the data and have examined it for common causes, it might look to you like your co-parent is blocking communication. You may also find that there are more nuanced reasons for why your co-parent is missing your calls. Whichever it is, to avoid court, you’ll have to come to some middle ground.

This post on co-parent communication is a great place to start with how to address some of the common issues in communication. If you are Just. Not. Getting. Along. Well, that’s common enough too! This post has some practical tips on smoothing out your relationship. Start there to lay a foundation for the conversation you want to have.

Then it’s down to problem solving. Are they making arguments about an unreasonable amount of contact or unreasonable times? If so, taking their feedback and adjusting when or how often you are calling might do the trick. You might also be able to find compromises like for example, calls later in the day on certain days of the week might be more acceptable than other days of the wee.

Is their feedback that they don’t want to talk to you? One option might be to set up a monthly call with the co-parent to talk through logistics or anything else you might need to discuss with them and limit your communication with your co-parent to that window. Another might be to make sure the child has a device that you can reach them on directly.

Unfortunately, there is often no other option but to go to court. Here’s how to go about bringing this to court.

Back your phone call log up by getting copies of your phone records. Your cell phone bill may include a record of every call that was made. If it does not, contact your cell phone company and they can provide that to you. Go through your bill and identify each line item that corresponds with a line item on your record. You can highlight them or number them with corresponding numbers. Foxit PDF offers a free version of their software that allows highlighting and typing if you prefer to do it electronically.

Be cautious about recording phone calls and check your state’s laws on recording others. In the US, in some states, you could record the phone calls without your co-parent’s consent and they might be admissible. In others, it’s illegal to record someone without their consent, or it’s not admissible.

How much you need is hard to say. Gather evidence until someone unfamiliar with your situation would agree that there is a pattern of denying reasonable contact.

File a Motion in Court

Once you have your evidence, you file a motion in court in the state that has jurisdiction over the custody case. Every state has different ways to go about this so visit or call or look up the website for that state or district family court system to find out how to do it. Once you’ve filed, you will get a hearing date that you both have to be present for.

At your hearing, the judge will listen to both sides and make a decision. The judge is making this decision purely (hopefully) on the evidence and arguments presented. Even if you are completely in the right, if you can’t make your case, you won’t necessarily win. What the judge says goes so convincing the judge is key.

Once the decision is made, if the custodial parent doesn’t follow it, you can go back to court and complain and action can be taken against them. But, even in that follow up, you will still need to have evidence and a case. So, if your co-parent is blocking phone calls with your kids, make sure that from this day forward, you document everything, even once you have a judgment.

Define reasonable communication with the kids

If your struggle with your co-parent has hinged upon what is reasonable, consider defining that with your court order. Specify what times or how often you want the communicate with your kids and have the judge speak to that on record.

Specific questions about a parent that blocks communication with the kids

Is there anyway to make my ex legally responsible to answer their phone when I call?


Although a judge might never tell your co-parent they have to answer the phone, a judge will probably enforce reasonable requests to talk to your kids. The challenge is making the case so that the judge can see what’s happening. Although it might be clear to you that your access to your kids is being limited, no doubt, your co-parent has a different story. Having strong evidence in the way of logs and phone records will help here.

Can I call the police if the custodial parent blocks communication with the kids?

In some in-person child exchanges, this might be an option. However, with phone communication, the police will likely refer you to the courts. The police really have no way of making the co-parent cooperate. Instead, that is more likely the domain of court orders and being held in contempt, when the court orders are not followed.

Is there anything I can do if the non-custodial parent is blocking communication?

If the non-custodial parent is blocking communication with the kids when the kids are with them, all of the above applies. Blocking a parent’s access to the kids is blocking the parent’s access to the kids whether the parent is the one with primary physical custody or not. However, if the issue is around parent to parent conversations rather than parent/child contact (your co-parent refuses communication with YOU), there is very little you can do to force them to engage with you. Instead, you might consider some of these strategies to resolve or work around contentious co-parenting communication.

Can I block my ex/co-parent?

That depends. If you mean on social media, yes! By phone, if you share children and your kid(s) don’t have their own phone(s) and/or your co-parent has no other way to reach you in an emergency, it would be unwise. It could even be a violation of your court order. If you have circumstances that require you to consider blocking your co-parent, it would be best to pursue a legal course of action to ensure your parental rights are protected.

How often should a non custodial parent call (what is reasonable phone contact)?

In the above article we get into the nitty gritty of what ‘reasonable’ might mean and it’s complicated. If you have a court order, it should define how often the non-custodial parent can call. In an ideal state, long distance parents should have as much leeway in contact with their kids as possible, given that in person time can be limited. As you craft your parenting plan, which will be part of your court order, take that into account. Always put the child’s wellbeing first, which definitely includes how much contact they have with their parents.

Letter to the School for Long Distance Parents

The Ingredients of A Long Distance Parenting Plan