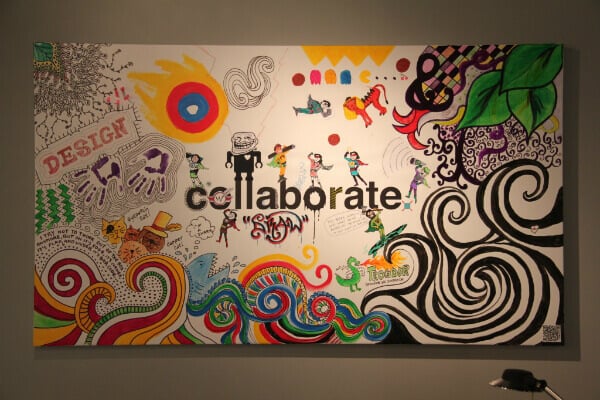 Over the summer, my son goes to his dad’s and the tables turn and I’m at a distance from my son again. This year is slightly different though. He’s older… a seasoned thirteen going on 24 years old and is (clearly) more mature. So, as a result, he’s less into playing uno with mom via webcam. Heck, he kind of isn’t even into doing anything with his parents. Parenting teenagers is hard. Parenting teenagers long distance is harder.

I’ve, unfortunately, also seen this happen more and more between he and his father as well. No amount of encouragement from me, as the custodial parent, really changes it. He’s in a place age-wise where he has to find the motivation to maintain the relationship himself. It has become less about visitation managed by the parent and more about the visitation he wants.

Not only have I seen this in our own relationships, but “how to engage with teenagers long distance” is one of the more commonly asked questions in the long distance parenting community as well. So, side-note : if your older child isn’t as keen on those web chats as they used to be – fear not. It’s normal.

I stumbled onto one idea with my son that might also be helpful for others. Collaborating with them on a project they want to do.

Recently, my son has become enamored with Minecraft. Much to my delight, we played hours together on a shared server. We built our own little world. I liked to build farms and paths to nowhere. He liked to mine for diamonds. It worked.

Eventually, he outgrew my meager Minecraft skills and went to play with other more leet Minecrafterz. When we lost this thing we enjoyed together, I was super bummed. And then, lo! He wanted to build a public Minecraft server, and suddenly I had another way to engage with him through collaboration.

I have some knowledge and skills that come in handy for his project, not to mention a bank account. So, this summer, this is the project that kept us in touch. He calls me so that he can screen share and show me the new stuff he’s built into his server. I call him (and he answers!) to show him how to update his website. We talk on the phone about plans for adding functionality to the site or launching the server. Basically, we talk all the time about this project.

As a parent, let’s be honest, he could read me the alphabet and I’d be happy to hear from him. Doing something we both enjoy together makes both of us happy – and gives us something to work on together, even when he’s not right here with me. Best of all, he is motivated to reach out and maintain that connection. I’m not dragging him into a web chat he doesn’t want.

I remember once in middle school, I had to make a science fair project. My dad totally geeked out and built this whole solar cell arrangement for me. He even wrote the companion paper on it. I did 0 work on it and won the school fair and went on the regionals. I totally cheated. Don’t tell. But we went to regionals and spent the day together there.

Ultimately, I thought my dad was the coolest dad on the planet because he enabled me to do something REALLY cool. I remember feeling like we were doing something together when we went to the science fair together.

Maybe this is the hot ticket with older kids and the way to continue to engage with teenagers long distance. Pitch in and help them with stuff that they want or need to do but could use some help doing it better or bigger or cooler. There are tons of those opportunities in upper middle school projects and definitely in high school. Technology gives us a way to collaborate closely even when we are at a distance. This is just one more tool to add to the toolkit of a long distance parent.

Update : My son is 20 now and although we talk a lot more now than when he was a teenager, some of our best conversations are when he’s excited about something he needs my help on. This approach has never failed me.

How do I get my teenager to participate in visits, phone calls, texts and visitation?

Don’t take it personally. Difficulty engaging teenagers in basically anything is tough, as a parent. As much as we might see them as kids, they are growing into young adults and are beginning to have their own priorities. So engage with them on the things they enjoy. Discover what their interests are and find something in common to share. Volunteer your time, and resources to participate in things they are passionate about.

How to Create a Legally Binding Long Distance Parenting Plan