Location and Your Court Case - distanceparent.org
Skip to content 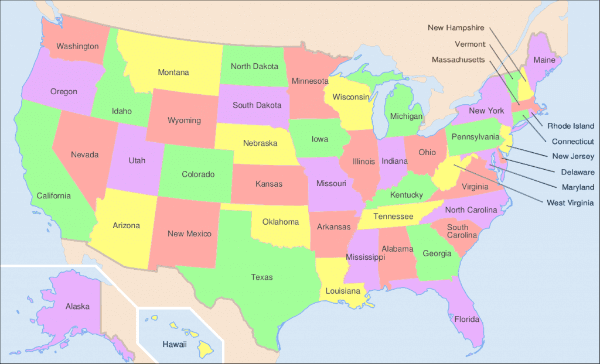 As a long distance parent, you live in one place and your child lives in another. It’s possible that there is a third location involved if your child has relocated since the custody case was decided. It is important to nail down who has jurisdiction and where to file what before you try to get your court order.

Believe it or not, you can file just about anything anywhere and pay the fees. Then later, the court might tell you they can’t hear the case. Or that you need to file a different motion or petition first. That’s a complete waste of your time, money and patience. More than one long distance parent has encountered that headache.

If you file and pay in person, sometimes the clerk can look up critical information to keep you from filing things you don’t need or aren’t ready for. Sometimes though, there is no way for them to know at the time you file. If you have an attorney, they will guide you through the process in a way that avoids that.

Most US states and territories have adopted the Federal Uniform Child Custody Jurisdiction and Enforcement Act. States used to have disparate rules about jurisdiction which caused big loopholes and complication all around. The UCCJEA was meant to simplify which state has jurisdiction over a custody case.   As of the last update to this post, there are still two places that have not adopted the UCCJEA : Massachusetts and Puerto Rico.

The UCCJA bases jurisdiction on a child’s close affiliation with a State. Specifically, it establishes four jurisdictional grounds:

The petition to change jurisdiction, in general, tells the new state why it should have jurisdiction of the case.   The judge looks at the evidence, hears arguments and makes a decision based upon the UCCJEA guidelines. Because the guidelines are nearly universal in the US, the state losing jurisdiction is likely to agree.

Generally either parent can file it. When you file it, you will need to provide all previous case information.   Each court might have it’s own forms and process for filing this petition.

Believe it or not, you can fight over jurisdiction too though

Often, it’s really clear cut what state has jurisdiction. If the child was born in, and has lived in one state their entire life, it would be hard to argue for jurisdiction elsewhere. However, if it’s more ambiguous, someone might argue for one state over another because that state is more likely to award a favorable outcome.

… And Every State is Different

As you’ve begun your research for your court case, you’ve probably encountered a plethora of advice that varies from one end of the spectrum to the other. What one state does or allows, another state might not. Not all states even have the same over arching custody types like ‘sole custody’. Research the laws of the state that has jurisdiction in your case via your state court’s website. If you get advice or ideas from an online resource, make sure they pertain to the state that has jurisdiction in your case.

Beyond the state level, you will need to file any motions in the specific county courthouse managing the case. So for instance, if your child lives in Buckaroo County of Wyoming, your case will follow Wyoming laws. However, you will file everything in the Buckaroo county courthouse.

It’s worth mentioning that no online resource is a substitute for legal advice. Make sure that any advice you actually take into the courtroom is from an attorney licensed in the state in which your case is being heard.

Being Sensitive to Change

How to Make the Decision to be Away from Your Child